This is a character we’ve met before, but she’s seen here in her fully evolved form.

Brilliant, beautiful, and utterly merciless Dr. Hexen Phaedrus was a specialist in nano-technology and neural interface systems at the Alabaster Science facility. She had advanced knowledge of how the Strain nano-phage worked, and a desire to see it contained and controlled. After reverse engineering the nano-phage, she took the radical decision to inoculate herself, but not without first building a back door safeguard into the nano-tech she developed. Now she retains full control of her evolution, and of the exo-forms around her – bending them to her own merciless ambitions. 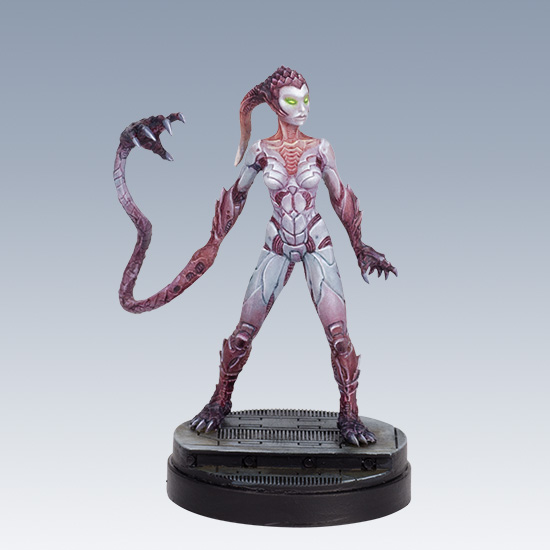 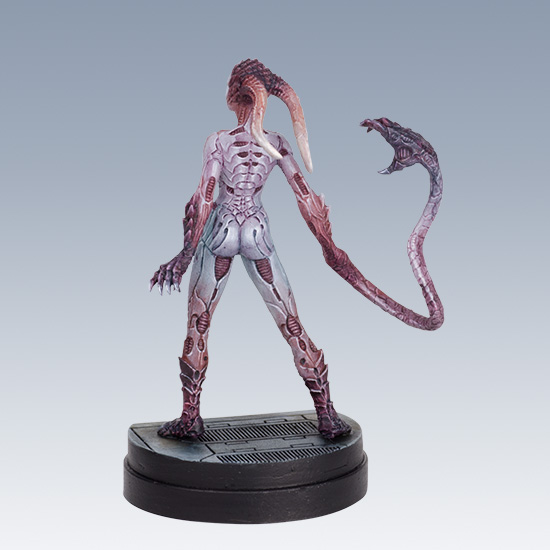 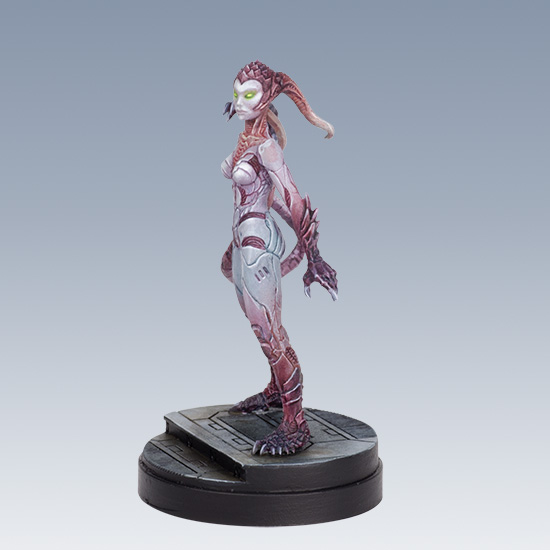 Phaedrus will be available at Salute, along with the symbiotic Chirurge manifestation. 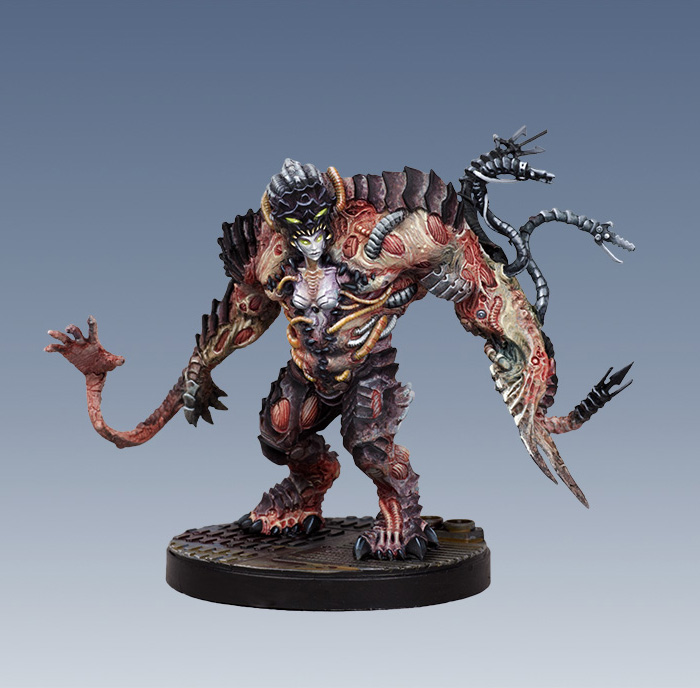