As I mentioned in the last news posted here, we have Salute next weekend so we wanted to give you a sneak peek at some of the new miniatures we will be previewing there. We’ve been pretty quiet on the new release front for the last few months, but that doesn’t mean we haven’t been busy – quite the contrary. In the last year, we have designed and sculpted more miniatures than in the rest of the time we have been running Studio McVey combined. The main focus of our work has been Sedition Wars, and over the next week we are going to be showing some of the miniatures you will be seeing in the next game set in the Sedition Wars universe. We’ll be selling these miniatures as limited availability resins castings at the show, and then in the Studio McVey store right after that.

First up is a brand new Vanguard unit equipped with the Gnosis pattern armour. The unit is lead by Sgt. Killian Brace, and also features three trooper poses and a heavy weapon operative. These miniatures are around 50mm tall to the head, and very imposing. 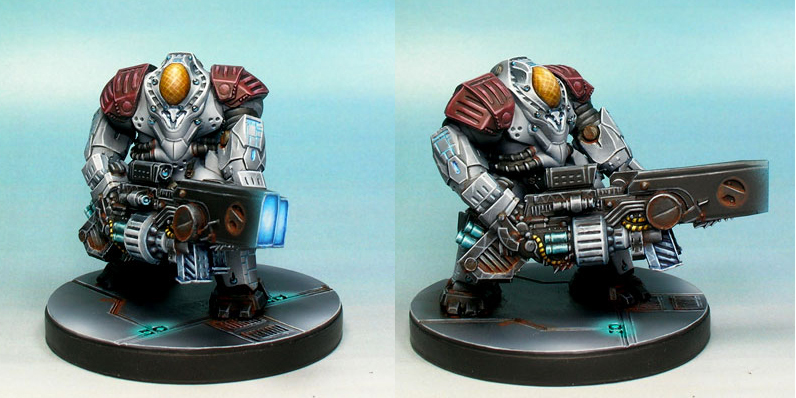