Today we are going to be looking at three new Firebrand previews.

The first character shown here is Gemma, AKA Big Sister. Gemma is a Kaliyama class clone, grown from servitor vats specifically for gladiatorial entertainment.  She has four arms, the upper, designed for strength and power,  carry a heavy auto-shotgun. Her lower arms, built for speed and dexterity each bear Scather industrial cutters. She’s shown on a 50mm base – so she’s quite imposing.

Next is a brand new version of a familiar character – Vokker Dargu. 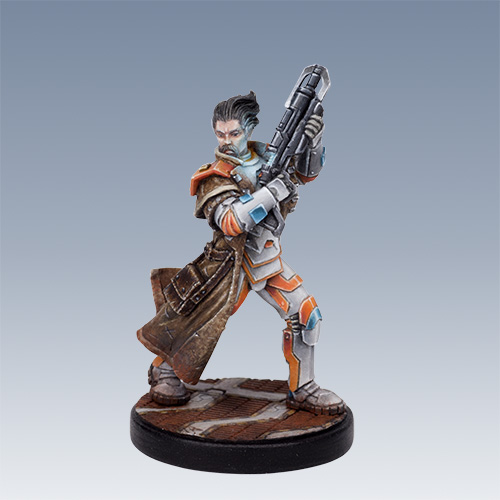 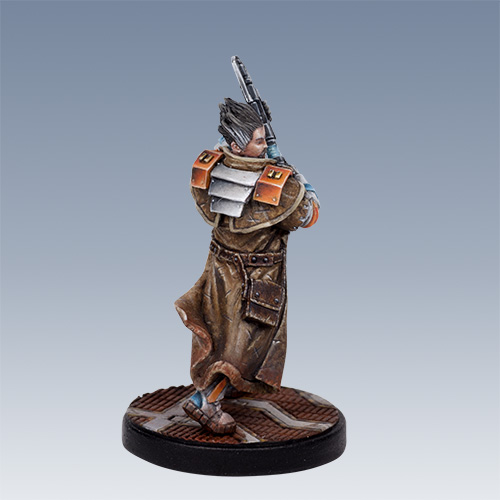 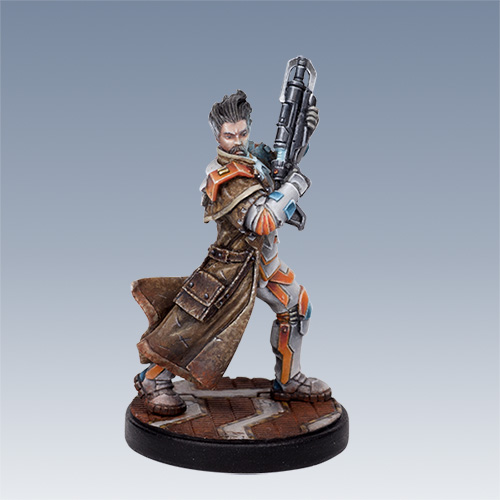 Later today, we’ll be looking at another Firebrand character, and what is probably my favourite of all the new miniatures – The Preacher.