This is the next Sedition Wars miniature we’re previewing – the Thraex. These are the evolutionary pinnacle of the Brute Broodline, which are specifically designed for close combat and corridor fighting. The huge claws on the Thraex can rip through bulkheads and airlock doors with ease.

The miniature is very large – 70mm to the top of the upper claw. I have added a quick scale picture comparing it to a standard Samaritan trooper.

As with the Gnosis unit, the Thraex will be available at Salute and on-line shortly afterwards. 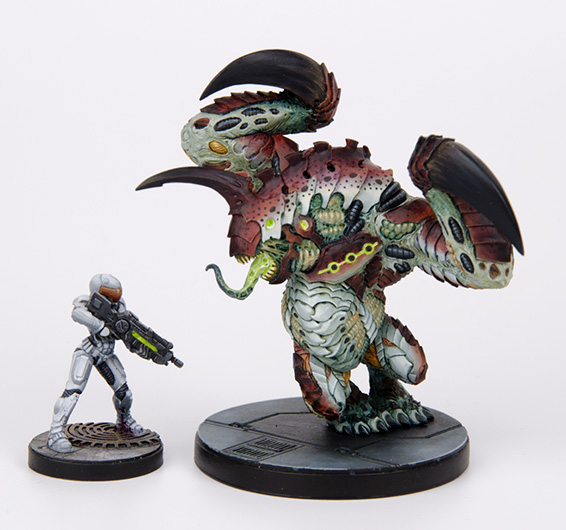